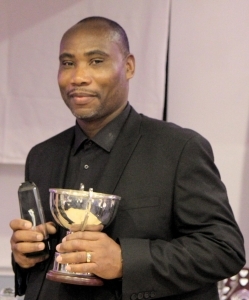 The start to the 2018 season did not go according to plan, the weather was in charge of that period, causing a delay to our customary first event for the Fix-Up Cup.  With many courses closed due to persistent rain the event was postponed until May.  So the 2018 season was headlined by our Founders Day event on Good Friday.  The event was held at the Robin Hood Golf Club in Solihull and with 22 members in attendance was won for the first time by Trevor Lammy with a net 72 playing off a 9 handicap.

The first of the seasons majors held under the usual stableford scoring format was held at The Worcestershire Golf Course nestled in the picturesque Malvern Hills which provided a stunning backdrop.  With weather conditions now improving 28 golfers came out to butt heads with the challenges ahead of them. With the Captains Trophy up for grabs Keith Salmon posted the winning score of 36 points to pip Chairman Junior Harris by one to take the Trophy.

The Chairman’s Trophy was the next major held at Sapey Golf Club a CGS old favourite. With 37 points playing off a 16 handicap was Ansel Pottinger, Ansel had been playing some very good golf outside of CGS events and had been informing the CGS of his improvements in order for his handicap to be adjusted down. His honesty had to be commended and he was rewarded with victory at Sapey.

Up next was the delayed season opener for the Fix-Up Cup. The event was held at Ombersley Golf Club a venue last visited in 2010.  The course was in good condition considering the amount of rain that had been falling days previous, playing as a CGS guest for most of the 2017 season was Carlton Donald who decided to become a member for the 2018 season a decision consolidated with his first CGS major win scoring 41 points playing off a 22 handicap. The win was the first of his two victories this season and the level of his performances was starting be recognised by his fellow CGS members.

Almost half way through the 2018 season, a short journey was made to Walsall Golf Club to contend the Caricom Cup. Having started the season with victory in the non-major event for the Founders Day trophy, Trevor Lammy made his mark for the order merit with his second victory of the season with a winning score of 35 points, one shot ahead of second place man Eddie Wedderburn.

The bi-annual event called “Champions of Champions” provided a short interlude between the season’s majors.  The event was held at Telford Golf Club and with the second of his two victories the event was won by Carlton Donald whose inclusion into the event was guaranteed by his victory at Ombersley.

The charge for the end of season champion golfer otherwise known as the Order of Merit recommenced at Bromsgrove for the Secretary’s Shield and returning to winning ways was CGS Captain Jacko Powell taking the title with 35 points from the season’s most consistent golfer Carlton Donald.  Carlton’s constant appearance in the top five positions was now starting to show a trend, a trend that would put him in contention for the season’s top prize.  The pot was now starting to boil with all the possible contenders in the mix!

The CGS Tour moved onto a new CGS favourite Olton Golf Club. Nestled quietly in Solihull, Olton was well received by the members in 2017 and was duly added to the 2018 roster. With a score of 36 points which was starting to be the average score for the season was Elford Douglas, once again another close result with second place again just one shot behind. The Players Trophy was Elford’s prize for his efforts.

The TNCM trophy was the next major trophy up for grabs. TNCM which is “The National Caribbean Memorial”, was held at a new venue Bridgenorth Golf Club and the surprised winner was Emrys Karemo, who took the TNCM trophy with a score of 37 points.

The final Major of the season the two day event for the Charlie Sifford Memorial Trophy was held at Breadsall Priory on the Moorland and the Priory courses. With the Order of Merit title on the line and several players with a chance of winning, it was well attended. 20 golfers played over the two days and competition was fierce. Scores on the Priory course the tougher of the two and the premier course at the Marriott venue yielded a season trend of 35 points for the winning score a mark made by Order of Merit contender and 2017 winner Ian Higgins.  The 2nd day on the Moorland course showed drastically the difference in difficulty.  The winning score on day two was 42 points by Tony Sealey with the top four places scoring 40 points or above. This being a two day event the scores are combined with only one overall winner and that was Ian Higgins, who’s 41 points and second place on day 2 was enough to provide a combined winning score of 76 points winning by 4 from Mickey Taylor and by 5 from Carlton Donald who’s performance over the season and in the last Major for the Charlie Sifford Memorial trophy was enough to secure his first Order of Merit title.

The scoring this season was quite low, averaging 35 points per event, probably the lowest in CGS history and with players improving over time scores more than 36 are becoming harder by leaving the way for the higher handicap players the opportunity to come through. Its’ all on the day you just never know.  So congratulations goes to Carlton for a very convincing Order of Merit title victory he started the season on 22 handicap and is now 19 so he’s taken his opportunity when it presented itself.

The end of season trophy presentation Dinner and Dance was moved from the usual location at the Richardson Suite at the West Bromwich Albion Football Ground to Sandwell Park Golf Club just a stone’s throw away from the Albion Ground.  The event was well attended with entertainment provided by DJ Father Blacka, Singer-Tenna Star and Comedian-Annette Fagon.  The receiving charity on the night was “Breast Cancer Haven”, West Midlands and with raffles on the night and money raised from the CGS birdie challenge held throughout the season the CGS were able to provide a cheque for over £500 to the worthy cause.

The night was well received by all and the feedback showed the efforts made by the CGS committee.

The CGS continues to grow, the word is out and attendance is good and most of all the golf is good.  Venues are contacting us now, our reputation as a well organised society precedes us. Our reputation reaches far and wide and now our membership is reaching new ground.  Players who don’t even live the UK have shown interest in attending CGS events.  A new member from Sweden Andrew Nehaul as now joined the CGS for the 2019 season and although he won’t be playing all the events he hopes to make at least one this season, he won’t be playing as a guest he has chosen to join as a member to show his support which is much appreciated, so thank you Andrew and hope to see you at a venue this season.