Chris “Powers” his way to victory at a Cold Kilworth 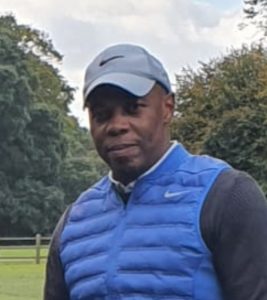 CGS returned to action at Kilworth Springs in Leicestershire after a 3rd Lock-down. With everyone itching to get back on the course to play some golf. With a full house of 37 members and guests and many prizes up for grabs it was all go.

Arriving at the course, it was a little solemn seeing the clubhouse closed but even though we were out of lock-down social distancing was still the order of the day.

Travelling to the course, the temperature was showing 13, 14 and even 15 degrees with sun out at times, when we arrived it felt like the middle of winter, it was soooo cold!

The Kilworth course was chosen for its condition in the winter months and it didn’t disappoint. The course was in very good condition both greens and fairways. Its got a more links feel so was very open, which didn’t help with trying to keep warm. This however didn’t stop some good play that was taking place throughout the day.

With scores ranging from 37 to 18 the average score for the day was 29 points which wasn’t too bad considering some haven’t played in several months.

With the Fix-Up Cup up for grabs it was former CGS secretary Chris Powell who posted the 37 point winning score. Having only recently relinquished the role of secretary Chris has obviously found more time to work on his game and it paid off. Congratulations to Chris on winning the Fix-Up Cup.

In runner up spot was Clyde Pile who posted a strong 36 points on what looked like one leg, having a huge strapping on one knee. In overall third spot was new CGS member Carlton Tomlinson pipping on count back both Eldridge Cunningham and Eddie Wedderburn.

Those not in contention for the top three prizes always have the option to shoot for the on course prizes, namely: longest drive, nearest the pin etc.

The nearest the pin prize which is the usual one shot effort on a par 3 which as been around for as long as I can remember. This challenge is the default nearest the pin challenge which most clubs and societies have, its only been recent years where nearest in 2, 3 etc. has started to surface but the nearest in one is the challenge.

Since the inception of the CGS there as only ever been one person who’s had a hole-in-one and that was Ronald Ross back in 2011 at Swindon Golf Club, other than Mr Ross not a single person guest or member as had a hole-in-one be it on the nearest the pin hole or on any other par 3 during the day. With so many playing in our events and having at least one event per month its surprising it hasn’t happened since, however its taken 10 years for that special moment to be achieved yet again at a CGS event and it was on the par 3 6th hole where Junior Harris hit the pitching wedge of his life to achieve his first ever hole in one and the 2nd in CGS history. A special well done to the CGS Chairman for his effort and joining an illustrious club.

Thanks to all those who returned for the first event and to all the winners. It would’ve been nice to also give praise to Kilworth but all we can say is thanks to the greens staff for their efforts. After finishing our round it was very unfortunate to find most of the CGS members had left for home due to Kilworth having closed up everything and left, not even the bar was open to server warm beverages. It was a shame, as most other clubs are serving drinks outside. It was the only downside to the day. So no presentation took place and no free drinks from the Chairman after his hole-in-one. Hopefully Ladbrook Park won’t disappoint when the CGS arrives for the the Memorial Trophy on the 23rd of May.