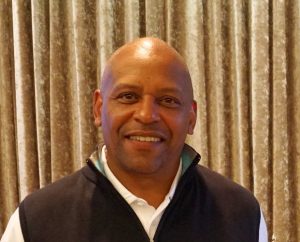 The CGS finally made it to Ladbrook Park, we were due to play this well spoken of course last year but due to lock-down restrictions the event was cancelled. Anyway we got there in the end and on arrival could easily see why its rated so highly by those who’ve played there.

Once again attendance was maxed out with all available spaces taken up by either members or guests totalling some 40 players, its a number we have grown accustomed to and one which needs careful management and organising, especially at this time. The ruling from the club was no mass gatherings at the start so tee times were arranged in advanced and everyone arrived in time for their time slot.

Our first event at Kilworth Springs did not deliver the weather we were hoping for, it seemed more like winter than spring so at Ladbrook we were all prepared for the predicted rain and the rain didn’t disappoint. So once again the weather played the biggest part on the day, along with the rain it was the wind which had the biggest impact on the day.

The Ladbrook course as many Par 4’s over four hundred yards long, so playing those into the wind on soft ground was a real challenge, it made a difficult course even harder and this was reflected in the scores.

The course itself was in great condition the on course greens didn’t quite match up to the practice putting green but they weren’t too far off considering the weather conditions. Its one of those courses where you just have to play it again in better weather to fully appreciate what it has to offer.

As mentioned the scores reflected the conditions and they ranged from 34 points to 20 and worse. Playing in the Stableford format if you weren’t quite on your game you would easily fail to score a point or a point would be your score.

One of the on-course challenges we have on the day would be what we call “the birdie hole”. This can either be a hole drawn from a hat to be the designated hole players must try to birdie in order to win a prize and the other option is each player picks a number from one to 18 and which ever number they pick they must trycgs m and birdie that hole to win the prize. Well due to the restrictions on gathering at the start of events the “birdie hole” challenge as been drawn before hand by a committee member and that hole is thus the “birdie hole” for the day. Now usually CGS members are pretty good when it comes to making birdies and usually there would be plenty made on the day, the designated birdie hole at Ladbrook was the par 3 8th and not a single birdie was made in fact only three pars were made on that hole, and also another fact, there was only one solitary birdie made on the whole course all day and that was by eventual runner up Adrian Swaby, who birdied the par 3 5th – Adrian would miss out on his first win on count-back to the winner with the same score of 34 points Errol Murray.

With the difficult conditions competition scratch was calculated at 29 points, which meant Errol and also Adrian were 5 points better than the average and both only a couple points off playing to standard scratch for their handicaps. Congratulations goes out to Errol, he didn’t have the best of starts to the season finishing 23rd at Kilworth but he’s more than made up for it with his first win of the season. Congrats also goes to Adrian, he’s had much advise from his fellow competitors and its paid off with one of his best rounds with the CGS all the better when you consider the conditions.

Finishing off the top three positions was a man who is no stranger to being near the top of the leader board and that was 2020 Order of Merit winner Dale Bromfield who finished third on 32 points. Yet another respectable score considering how far Dale as come in terms of handicap reduction and still able to return a respectable score on the day.

There were some familiar faces returning to the fore and one name which comes to mind was Ian Higgins, anyone who reads the CGS event reports will know what Mr Higgins is known for and yes you guest it, the longest drive. So yet again Ian driving into a stiff wind was able to launch his drive further than anyone else in the field to add yet another long drive prize to all the other he’s won over the years.

The nearest the pin challenge was won by Eddie Wedderburn, a man who’s playing some consistent golf and hoping to challenge for the Order of Merit title yet again after securing that title back in 2019, hoping to be the first in CGS history to win it twice.

The nearest in two prize was won by Carl Cunningham, Carl a 28 handicap golfer claiming one of the on-course prizes was great to see and he hit a very good second shot in the 18th green which was never bettered.

The Nearest in 3 prize was won by visiting guest DJ Jasper. With the CGS long standing rule where guests cannot compete for the top three main prizes its always encouraging when a guest wins one of the on-course challenges so well done to DJ Jasper and hope you enjoyed playing a CGS event and hope it encourages you into becoming a member.

Thanks to Ladbrook Park for welcoming the CGS hopefully we get to play it again in better weather. Thanks to all the staff who remained in service to our members late into the evening in order that a presentation was able to take place.

Memorial Trophy
« Chris “Powers” his way to victory at a Cold Kilworth
Junior shows age is nothing but a number! »